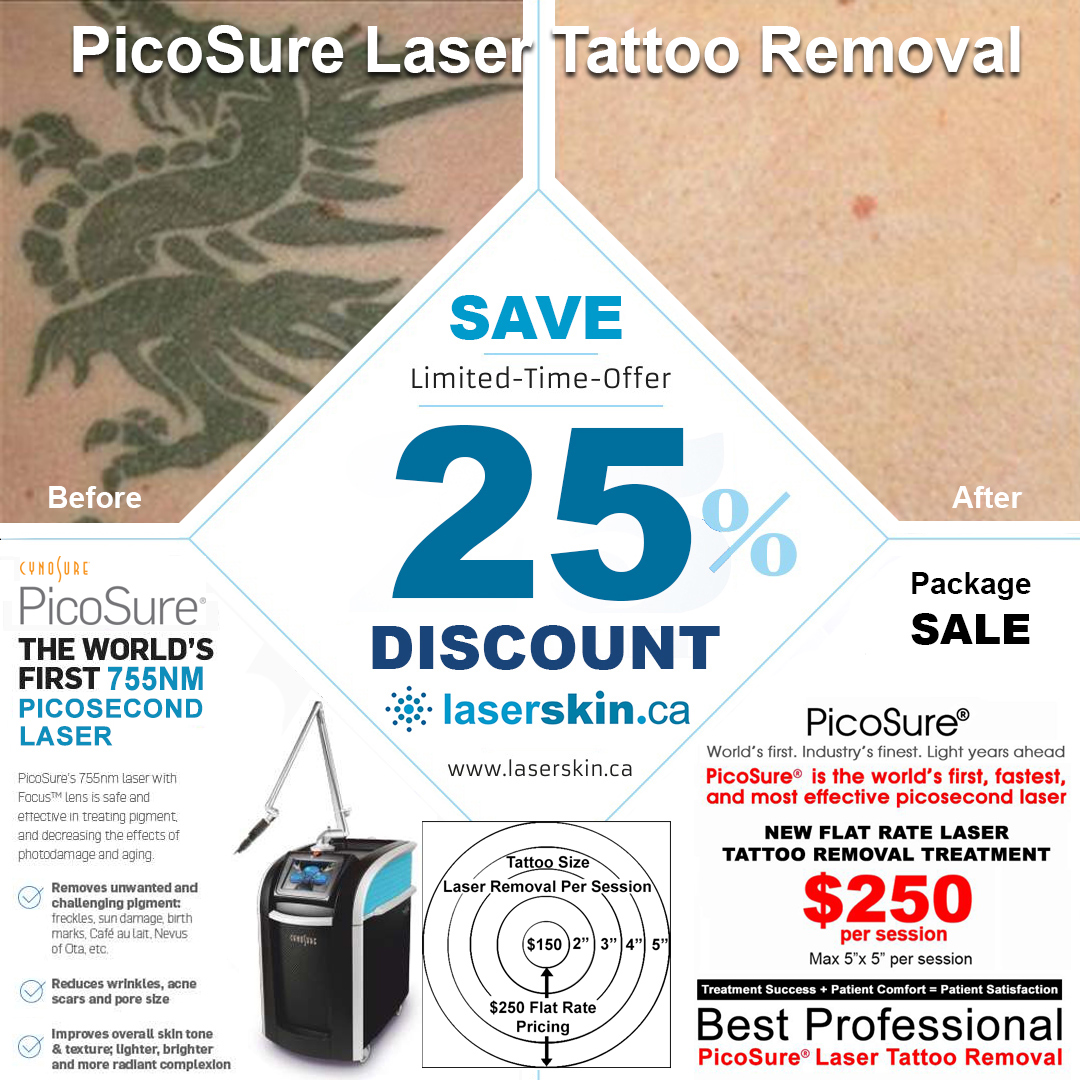 One of the technologies that best illustrates the improvements in tattoo removal is the PicoSure laser. PicoSure is a laser that uses picosecond technology to remove tattoos in a safer, more efficient manner in less time. Tattoo removal has grown in popularity in recent years since it is fashionable, and a large percentage of the population has tattoos. The most common reasons for patients wanting to erase tattoos are professional and personal.  We offer you the Picosure laser tattoo removal, the Gold Standard for tattoo removal.

You may experience insecurities due to undesirable tattoos, early aging, skin imperfections, acne scarring, and other problems. These skin problems can easily be handled using the PicoSure laser. The PicoSure laser treatment for removing a tattoo is considered the best.

How does PicoSure work?

The body’s natural immune response is triggered by the laser, which converts the laser energy into modest pressure waves that cause cell signaling.
It is quick, safe, and non-intrusive. Its outcomes are also backed by concrete, scientific evidence, in addition to the many treatment success stories and amazing before-and-after pictures.
The three wavelengths of the PicoSure laser are 532 nm, 755 nm, and 1064 nm. This makes it ideal for the treatment of pigmentary issues and tattoo removal.

What colours can PicoSure treat?

Resistant inks are those that are blue, green, or purple. More quickly than any other laser treatment, PicoSure can erase all traces of purple, blue, and green ink. This innovative technology has demonstrated that colors that were once thought to be resistant to laser removal can now be removed just as easily as black ink.

Is PicoSure treatment right for you?

As mentioned above, some tattoos are more challenging to get rid of on specific body parts. Green, blue, and black can now be removed more easily than other hues. The best approach to determine if PicoSure is suited for you is to schedule a consultation with a professional. Individual results vary since each tattoo is distinct and uses a distinctive combination of ink colors and amounts. To learn how many treatments, you could require and what to anticipate, it’s crucial to speak with a PicoSure specialist.

How many sessions of PicoSure does it take to remove a tattoo?

A lot of people have tried the PicoSure laser and other lasers, and it has been shown that other lasers often need 10 to 15 sessions to remove a small professional tattoo. With the PicoSure, however, enhanced tattoo clearance can be attained in as few as 4 to 8 sessions. As a result, your unwanted tattoo will be removed faster and with less effort. According to studies, the Q-Switched Alexandrite laser needs 7 to 8 sessions to remove tattoo pigment by an average of more than 94 percent. Simply put, PicoSure is the quickest tattoo removal method.